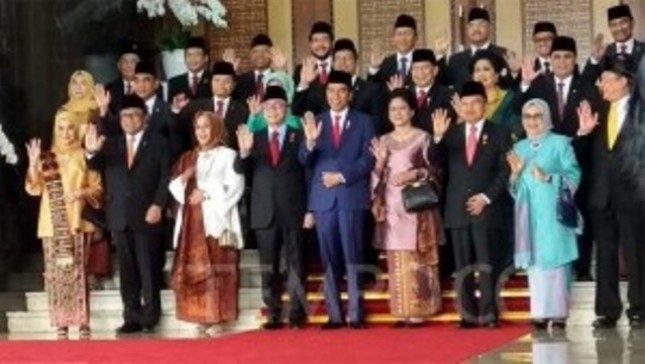 Therefore, the President explained, that in the past four years, the government focused on strengthening vocational education and training to produce skilled human resources, who were ready to enter the workforce.

In addition, the Government continues to encourage higher education to make breakthroughs, so that college graduates can be more adaptive in the industrial revolution 4.0 era, and able to grow more creative and innovative young entrepreneurs.

President Jokowi acknowledged, the rapid growth of productive generation requires the government to work even harder to create and open new jobs through increasing the competitiveness of investment and exports.

He mentioned that in the past four years, the government carried out a major overhaul of the climate of ease of doing business in our country. The main goal is to make our economy more productive and competitive, while continuing to improve the nation's independence, so that it can provide added value, especially opening new jobs and absorbing unemployment.

Alhamdulillah, with the joint work, the rate of open unemployment has declined from 5.70 percent to 5.13 percent, said President Jokowi.

Meanwhile, to achieve prosperity, the President emphasized that the government not only paid attention to big businesses, but also focused on MSMEs and 40 percent of the lowest levels of society.

To target 40 percent of the lowest level of society, said the President, the government was carrying out agrarian reform and social forestry programs, as well as increasing access to capital for ultra micro businesses, micro businesses, and small businesses.

Meanwhile, to encourage MSME business development, the Government reduced the final MSME tax rate to 0.5 percent, as well as sharpening the KUR that can be enjoyed by 12.3 million MSMEs.

In addition, to provide social protection guarantees, the Government distributes the Hope Family Program to 10 million beneficiary families, and reforms the food assistance system so that it is more targeted to become a non-cash assistance program, whose coverage will be increased to 15.6 million beneficiaries by 2019.

With real work, we continue to reduce the Gini ratio as an indicator of income inequality, which we have now reduced from 0.406 to 0.389, said President Jokowi.

As a large nation, with strong social capital, President Jokowi believes that the government will be able to face all challenges, no matter how heavy.