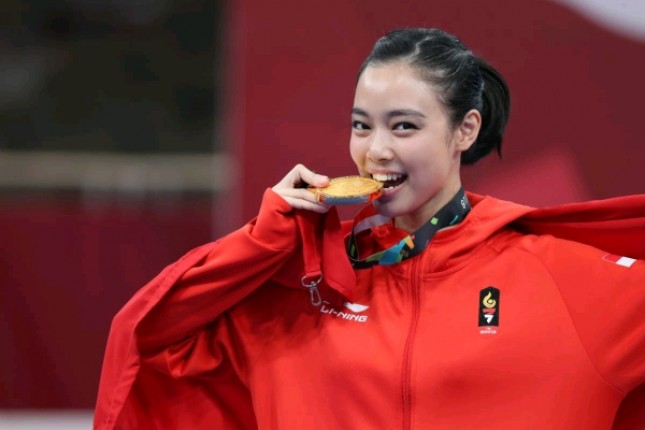 INDUSTRY.co.id - Jakarta, Minister of Youth and Sports (Menpora) Imam Nahrawi claimed to have prepared 3 (three) cars and Rp. 1.5 billion as bonuses for gold medalists at the 2018 Asian Games.

"There are Rp 1.5 billion, and we have prepared 3 car bonuses," he said after witnessing Lindswell's victory at JIExpo Kemayoran Jakarta, Monday (08/20/2018).

As is known, Lindswell presented the second gold for Indonesia. The first gold medal was won by Defia Rosmaniar, a taekwondo athlete who defeated Marjan Salahshouri (Iran) in the poomsae women's singles final on Sunday (08/19/2018) at the Jakarta Convention Center (JCC) Plenary Hall.

"Lindswell's appearance is that there are judges who have considered it to be almost perfect," said Jokowi.

General Chairman of Indonesian Wushu PB Airlangga Hartarto also acknowledged the car bonus was prepared by him. While bonus money will be given by Menpora Imam Nahrawi.

"We provide three cars, it's up to whoever takes them," he said.

"The rest of the Menpora are preparing," Airlangga added.

Syafruddin emphasized that the prize to Lindswell would be different because he was already a civil servant (PNS). Because of that he will give another surprise to Lindswell.

However, the former Deputy Chief of Police who now also serves as PAN-RB Minister refused to specify the prize he intended.

"Its a Secret" said Syafruddin after Lindswell's victory.