KPK Ensure There is no Meeting of Commissioners-Member III 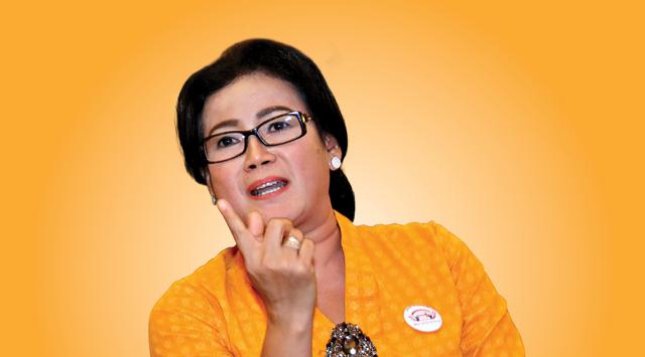 Previously, on the video inspection of Miryam S Haryani while still witnessing the investigation of the KTP-e case that was played during the trial of Miryam in the Corruption Court of Jakarta on Monday (7/14) mentioned seven people from the investigator and one of them allegedly the same level of director in KPK meet members Commission III of DPR.

"In principle, there was no meeting between the directors and members of Commission III of the House of Representatives and even the directors said they did not know members of the DPR," KPK spokesman Febri Diansyah said in Jakarta on Friday. (08/18/2017)

Related to that, the Commission conducted an internal audit about Miryam's statement in the video examination that said there were seven people from internal KPK meeting members of Commission III of the House of Representatives.

"In accordance with the direction of the leadership, the internal clarification process at the KPK is ongoing.Information we received, the Investigation Director of the Corruption Eradication Commission requested to the leadership to be examined by the KPK internal controller," said Febri.

In the process of examination, said Febri, the KPK will certainly also see the chronological events as a whole, especially related to what happened during the examination.

"Including finding out whom or whether there are seven investigators like the so-called Miryam," Febri said as quoted by Antara.

According to Febri, this internal inspection process is a mechanism that runs on the KPK to maintain and ensure the integrity of all KPK personnel.

In the video examination of Miryam while still witnessing the investigation of the KTP-e case that was played during the trial of Miryam in the Corruption Court of Jakarta on Monday (7/14) mentioned seven people from the investigator and the employee of one of them allegedly the director's level in KPK meet members of Commission III of DPR.

In addition, Miryam also recounted that he was asked to prepare Rp2 billion in order to be "safe".

Previously, Miriam was charged with using article 22 jo Article 35 paragraph 1 of Law No. 31 of 1999 as amended by Law No. 20 of 2001 concerning the eradication of corruption jo article 64 paragraph 1 of the Criminal Code on people who intentionally do not give information or give Incorrect information.

If proven guilty he can be sentenced to imprisonment for a maximum of 12 years and a fine of at most Rp600 million.