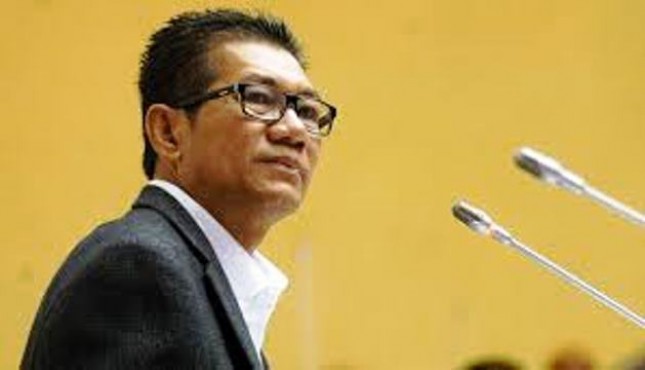 INDUSTRY.co.id - Jakarta - The Corruption Eradication Commission (KPK) will examine members of Commission I of the House of Representatives of the Republic of Indonesia Agun Gunandjar Sudarsa in the investigation of corruption crime procurement package implementation of identity cards based on national ID number (e-KTP).

"The concerned is examined as a witness for the suspect Setya Novanto (SN)," said KPK spokesman Febri Diansyah in Jakarta, Thursday (8/31/2017)

Previously, Agun who is also Chairman of the Special Committee (Pansus) KPK Rights Questionnaires has been examined for Andi Agustinus alias Andi Narogong who had become defendant cases of ID card-e on Tuesday (11/7).

At that time, Agun claimed to be questioned by investigators about the flow of e-KTP project funds.

"Questionable about the process of budget discussion then the next question was also asked about the flow of funds," said Agun after undergoing inspection at the KPK building, Jakarta, Tuesday (11/7).

He claimed to be asked about the letter, but he did not provide further explanation regarding the contents of what letter addressed the investigator to him.

He only confessed the letter related to the KTP-e project. "Questioned there is a letter, do you know? Yes I do not know because the time of the letter I was still in Commission III," he said.

He said the budget of the e-KTP project was indeed planned long before the 2009-2014 period.

"Then I entered the Commission II in October 2009, I was declared a member of Commission II and members of Banggar 2009-2011. In that position I did not know because it was not involved, did not participate.In Commission II also did not become a leader, then in Banggar I not assigned to the Central Committee," Agun said.

He stated that he did not know Andi Narogong related to the procurement of ID card.

"I think it is related to the BAP that I have run in the Irman and Sugiharto cases, even I have given the statement under oath that I do not know," he said.

In the case of the Irman and Sagiharto defendants related to the e-KTP case was called Agun Gunandjar Sudarsa who at that time as a member of Commission II and the Budget Board of the House of Representatives received a sum of 1.047 million US dollars related to the KTP-e project of Rp5.95 trillion.

KPK has appointed Chairman of the House Setya Novanto (Setnov) as a suspect case of alleged corruption crime procurement package implementation of ID card based on national population number (e-KTP) 2011-2012 at Kemendagri.

"The KPK found sufficient initial evidence to appoint another suspect as KPK assigned SN (Setya Novanto) member of the House of Representatives for the period 2009-2014 as suspect for allegedly to benefit himself or others or a corporation abusing the authority, opportunity or means which is due to his position or position so that it is suspected of causing state losses of at least Rp2.3 trillion of the procurement package value of around Rp5.9 trillion in the procurement package of e-KTP at Kemendagri," KPK Chairman Agus Rahardjo said here Monday 17/7).

The Article regulates the person who violates the law, misuses the authority, opportunity or facilities in which the position or position may be detrimental to the state's finances and economy and enriches itself, another person or corporation with a maximum imprisonment of 20 years and a maximum fine of Rp 1 billion. (Ant)