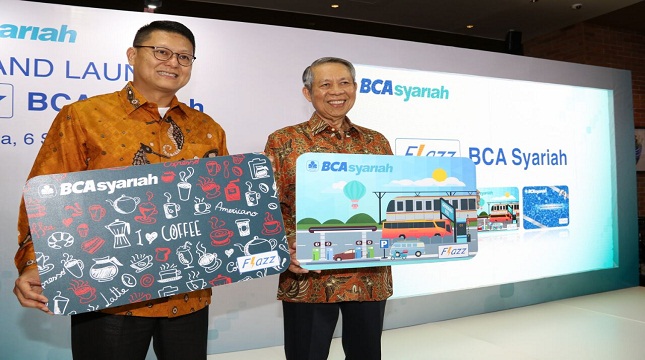 Unfortunately these card issuances still suckle with its mother, in the form of co branding with Flazz card.

John Kosasih, President Director of BCA Syariah, said that the card production reaches 10,000, which is planned until 2018. For this year only 1,000 cards were issued to the public.

"The production target until 2018, it's 10 thousand, for the first kloter issued 1,000 cards. Allotment of baseball is just transportation, will be very interesting, first kloter 1,000 production will soon run out, "he said in Jakarta, Wednesday (6/9/2017).

For card-issuing investment, the per card budget is Rp23,000 multiplied by a total of 1,000 cards. Total investment co branding total Rp23 million is very small. It is naturally small because the issuance of the card is the prime for BCA Sharia.

"Flazz BCA Syariah is the result of co-branding cooperation with Flazz BCA card, this service is BCA Syariah innovation to facilitate customer transaction and support national movement of non cash money," he said.