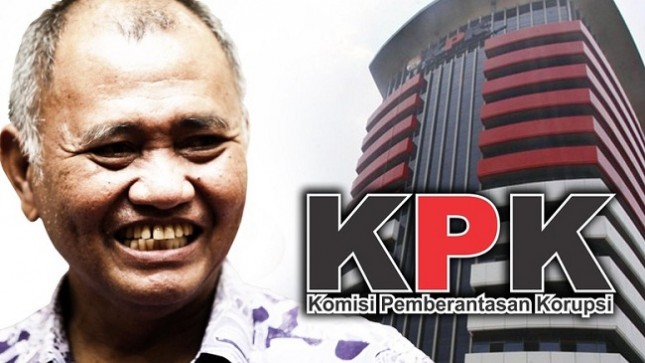 INDUSTRY.co.id - Jakarta - The Chairman of the Corruption Eradication Commission (KPK) Agus Rahardjo insists his institution will not meet the invitation of the Special Committee for the Rights of the KPK Questionnaire before the judicial review of Act No. 17 of 2014 on MPR, DPR, DPD and DPRD in the Constitutional Court.

"If we are still waiting for the results in the Constitutional Court," Agus said before the Hearing Meeting (RDP) with House of Representatives Commission III at Nusantara Building II, Jakarta, Tuesday (26/09/2017)

Agus said KPK awaits the result of the Constitutional Court's decision so that it can take an attitude related to the meeting invitation in the Pansus Rights of Questionnaire.

Agus hopes that in the near future there will be a verdict from the Constitutional Court related to the material test proposed by the institution.

"If we hope the Constitutional Court can be quick, at least decide the interlocutory decision, that's all from us," he said.

He pointed out that there are many coordination and supervision functions that have been done together with the Police and the Attorney General's Office in efforts to prevent and prosecute corruption.

"KPK has often held joint training even in every operation KPK hand capture always in 'back up' Police," he said.

Therefore Sharif dismissed allegations that the KPK cannot coordinate with the Police and AGO.

Previously, Chairman of the Agun Special Committee, Gunandjar Sudarsa, in his report at the House of Representatives' Plenary Session, explained that the Pansus has received four focuses on the institutional, authority, human resources, and budget management aspects of the KPK.

He explained that related to the institutional aspect, KPK failed to position itself as a supervision and coordination agency for eradicating corrupt crime because it was unable to establish good cooperation with the Police and Attorney General's Office.

"Coordination with the Police and Prosecutor's Office is not going well and there is stagnation of supervision because the report from the Attorney General is not followed up by the KPK," he said as quoted by Antara.

Agun said the Pansus found the alleged violation of the rules in collecting evidence and there are witnesses who must follow the wishes of KPK investigators.