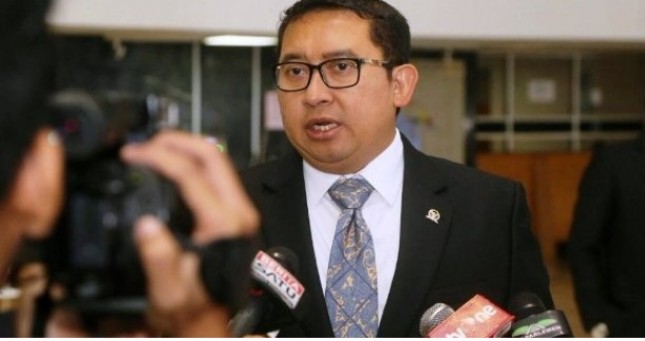 "From the open voting results, 314 members of the seven factions agreed, as many as 131 members of the three factions declared disagreement, 445 members were present," said Vice Chairman of the House of Representatives, Fadli Zon while chairing a plenary session in Building MPR / DPR / DPD RI, Jakarta, Tuesday (24/10/2017)

According to Fadli Zon, in the inter-party lobbying forum of the factions at the time of the suspended plenary meeting, has not reached the word consensus, because there are still three options of views on the Perpmas Ormas.

As reported by the Chairman of Commission II of the House of Representatives, Zainuddin Amali, according to Fadli, there are as many as four factions approved the Perppu Ormas into law.

Then, the three factions approved the Community Administrator Constitution to become a law with an immediate revision, while the other three factions disagreed with the Public Order Ordinance being legislated.

"Because it has not reached the consensus agreement, in the lobby forum, it will be decided through the majority vote, namely the voting mechanism," he said.

The Vice Chairman of Gerindra Party explained that based on the rules in the House of Representatives' Rules of Conduct, decision-making through voting mechanism can be done openly and closely.

Fadli chose the voting mechanism openly for the fraction so as to ask the attitude of each faction.

According to Fadli, in the factional inter-factional lobby forum, registered members are present and registered as many as 445 members.

Fadli asked one by one fraction, starting from PDI Perjuangan faction, there were 108 members present.

Members of the House of Representatives from the PDI-P faction, Indra Alex Lukman said, all members of the PDI Perjuangan Faction agreed. Next, the Golkar Party Faction entirely agreed.

The PKB faction also declared the agreement to be a law. The Democratic Party faction declared that it could accept the Public Order Ordinance becomes a law.

"We have assurances from seven factions as well as from the Government that the Perpmas of CSOs after being approved become law soon to be revised," he said.

The PPP faction states that it can approve the Public Order Ordinance to become a law and immediately revised.