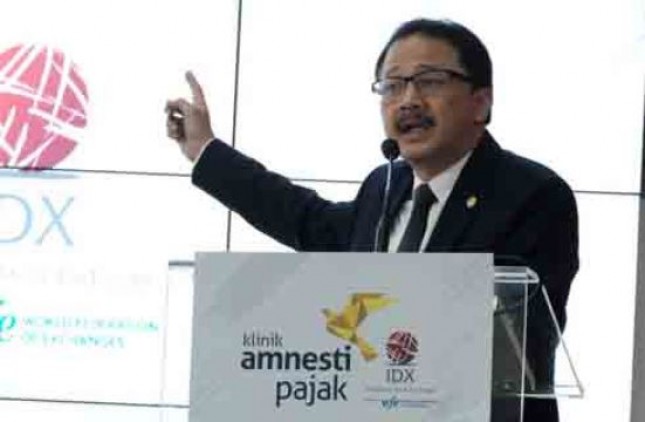 "BEI became the first stock exchange in Asia Pacific and the second in the world to get the certificate, it is an acknowledgment that BEI has an effective system," said Tito Sulistio President Director of BEI in Jakarta on Thursday (19/4/2018).

He said that the certificate was obtained after the IDX has fulfilled the requirements of ISO 22301: 2012 in the audit process conducted by BSI in March 2018.

"With the implementation and audit of ISO certification it is expected to increase the resilience and ability of BEI in order to ensure the operation of the trading system and can resume business quickly if there is interruption in business systems," he said.

In addition, he continued, BEI also announced the return of ISO 27001: 2013 Certificate of Information Security Management System (SMKI) for the period of 2018 to 2021 with the scope of all divisions in the company after being eligible for audit process which was also conducted by BSI in March 2018.

"The benefits of the implementation of the ISMS SMKI ISO are to provide confidence to industry players and stakeholders and ensure that BEI has managed the company's data and information well according to international standards," said Tito Sulistio.

Executive Vice President of Head of Information Technology Operations of BEI, Abdul Munim added that the implementation and certification of international standards that have been conducted by BEI is expected to be an example for the capital market players in carrying out their business processes, thereby increasing public trust.

"Both ISO certificates show good BEI security level in running the program and capital market business in accordance with the established goals," he said.