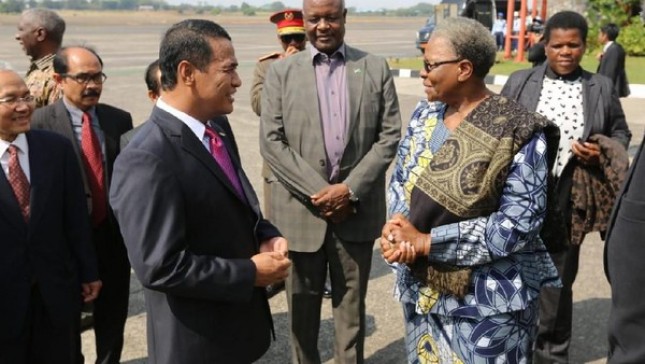 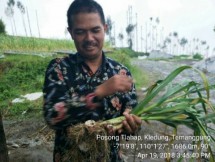 INDUSTRY.co.id - Jakarta - Indonesians with various countries in Africa have an inner closeness if they glance from past history. That closeness has been built since the Soekarno administration.

President Hage, who brought several delegations including the Minister in charge of Agriculture, emphasized Indonesia's ability to maintain domestic food availability to meet the consumption of the Indonesian people. Before leaving for his country, President Hage met with Agriculture Minister Andi Amran Sulaiman, who departed from his country from Halim Perdanakusuma Airport, Jakarta, Saturday (01/09/2018).

President Hage specifically appreciated Indonesia, which is able to meet the 250 people's food while Namibia, which has a population of 2 million, is still imported from other countries. In addition President Hage appreciated Indonesia, which is now capable of self-sufficiency in rice and exports corn with an irrigation system in good rice fields without being affected by the season.

In the future there will be some cooperation that will be followed up especially in agriculture. "We are also building future cooperation, namely how to change the dry land into productive, how to raise the planting index from one to two, from two to three times," said Amran.

Regarding quality seeds, Minister Amran will offer Namibia to use corn seeds from Indonesia. For comparison, Namibia's maize has productivity of 3 - 4 tons per ha, while in Indonesia there are already capable of reaching 10 tons per ha. "Our corn has reached 10 tons, the name is NASA (Nakula Sadewa), mechanization and technology, and later we will also share, God willing, our synergy will soon be with them", closed Amran.