Plenary of the Anticlimas Council Agreed on the Bill on Terrorism 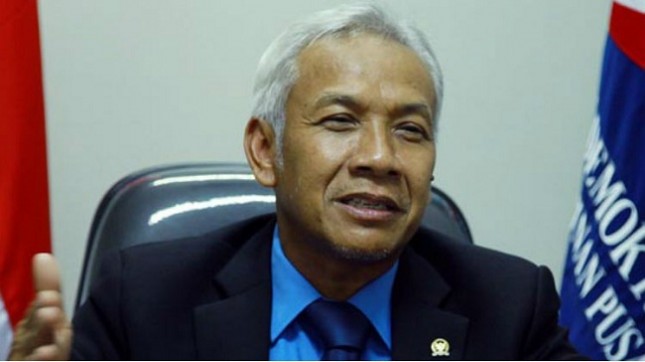 INDUSTRY.co.id - Jakarta - Plenary session on the revision of the Draft Law on Terrorism as if anticlimactic without any interruption and debate, finally by acclamation agreed to be passed as law.

Previously a long debate occurred related to the definition of terrorism. The discussion on the Bill on the Eradication of Criminal Acts of Terrorism has been delayed by more than one year.

In a speech the final government response by Minister of Justice and Human Rights Yasonna Laoly confirmed with the approval of this bill to be immediately enacted as the Act becomes an important momentum in the eradication of terrorism acts.

"Combating terrorism is not enough just to be preventive, but also to be preemptive from the time of planning to action," said Yasonna Laoly.

In this bill, he said again, it is very comprehensive because it has also accommodated the protection of victims of terrorism by the state and also the involvement of the TNI in eradicating terrorism acts.

"In addition, criminalization of military training actions both at home and abroad in the context of terrorism is a step forward in combating terrorism," said Yasonna Laoly.

Previously, the Chairman of the Special Committee on Combating Terrorism Crime M Syafei also told the media crew revealed that the committee has reached the highest agreement by agreeing on the definition of criminal acts of terrorism.

"The matter of this definition is the highest achievement of the Special Committee for the Eradication of Criminal Act of Terrorism," said M Shafi'i.

With the approval of the revision of the Bill on the Eradication of Criminal Acts of Terrorism will soon be included in the state gazette so that it is legitimate as law.